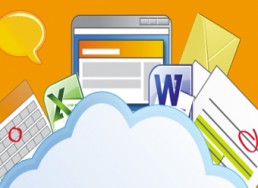 Although customers who subscribe to Office 365 will be able to install and run Office for Mac as part of the five-copies-per-plan deal, the Mac suite will sport few changes, Microsoft has said.

Unlike Office on Windows, which will shift to Office 2013, Office for Mac will not be upgraded alongside the launch of the new Office 365 subscription plans.

“Office for Mac 14.3 will enable subscriptions, and some bug fixes will be included. But the real thing to the addition [to Office for Mac 2011] is that it will work with Office 365,” Senior Product Manager for the Mac suite, Brian Holt, said in a recent interview.

Last month, Microsoft unveiled previews of Office 365, among them the consumer-friendly Home Premium. Customers who subscribe to Office 365 will be able to install and run Office 2013 on up to five devices, which Microsoft defined as PCs and tablets running Windows 7 or Windows 8.

With the addition of Office for Mac to the mix, consumers with a heterogeneous household – some Macs, some Windows PCs – can run Office on multiple machines for one monthly or annual payment.

All the Office 365 plans, including those for small businesses and enterprises, will allow Office for Mac 2011 to be installed as one or more of the five-per-user allowance.

But as Holt said, Office for Mac 14.3, the minor update that will debut when the new Office 365 plans launch, will not change how the suite works or what features it offers users. It won’t, for example, include the new technologies that Microsoft has highlighted in Office 2013 on Windows.

Office 2013 uses a quick-start installation technology, called “Click-to-Run,” that downloads and installs the basics within minutes to let users start working almost immediately. It also includes “Office on Demand,” which streams Office to Windows 7 – and Windows 8-based PCs for on-the-fly work at public machines.

Those features can’t be implemented on the Mac because OS X doesn’t support those technologies’ tactics, Microsoft said.

Office for Mac 2011 will use the familiar Mac installer rather than duplicate Click-to-Run, Microsoft said. When Office 365 subscribers access their account management panel, they will see three choices for each device: 32- and 64-bit versions of Office 2013, and Office for Mac. Selecting the third option will initiate a download of an installer that must be run in the standard OS X fashion.

Office 365 subscribers with Macs must use the Windows version of the application bundle to take advantage of Office on Demand. The single-use copy that is temporarily installed on the Windows PC does not count toward the five-device limit.

Nor will Office for Mac 2011 default to saving documents on Microsoft’s cloud-based SkyDrive service, as will Office 2013 for Windows. Microsoft has pushed its own SkyDrive over Apple’s iCloud, in part because Apple requires that software with ties to iCloud be sold through its Mac App Store, something Microsoft has balked at because it would have to give 30 percent of all Office for Mac revenue to its rival.

Instead, Microsoft offers a SkyDrive app for OS X. Office for Mac users can manually save documents to SkyDrive, or set each application’s default file location to SkyDrive.

Microsoft declined to say when it would release a new edition of Office for Mac, but repeated what it told some media outlets last month, that it would definitely not be alongside Office 2013.

Two years ago Microsoft launched Office 2010 in June 2010, followed by Office for Mac 2011 in October of that year. If the company follows the same timetable – and assuming it starts selling Office 2013 in late January or early February 2013 – a new Office for Mac could appear as soon as June 2013.

Microsoft has not disclosed the release date for Office 2013 and the new Office 365, or what the stand-alone software and subscription plans will cost. Analysts expect Office 365 Home Premium to run less than US$6 a month, or approximately US$14.40 per year for each of the five Office licenses.

The Office 365 previews that rely on Office 2013 – the Mac choice will not appear until the subscription plans debut – can be accessed by starting at this Microsoft website.